The Aesir preserve the ancient ways and traditions of Old Earth, and believe themselves to be the descendants of mankind’s pantheistic gods. Their ancestors shunned the high-technology the rest of humanity embraced, seeing reliance upon it as weakness; the Aesir of today believe similarly, and hope to one day lead humanity out of the darkness.

Aesir base clothing is very traditional, often as close as possible (in both make and appearance) to that of the ancient civilizations their ancestor gods watched over. For instance, children of the Asgard Fleet (Norse Pantheon) dress in furs, leather and metal armor (not unlike Vikings), while those of Nile fleet (Egyptian Pantheon) wear lightweight draped garments, metallic items of gold and precious stones, etc). Aesir are quite fond of decorative embellishments, and will adorn their clothing, armor, or weaponry with intricate metalwork symbolic of their ancestor god. 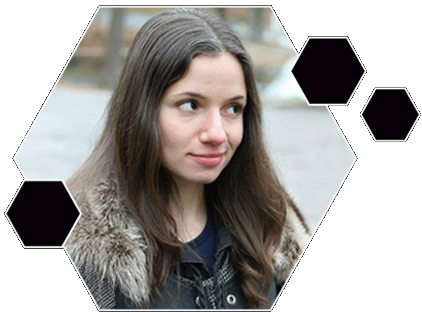 When humanity left Old Earth, two branches set out in different directions in search of their new home. The first of these groups, guided by the Machine Mother, used her vast power to conquer the galaxy, leading to the rise of the Celestial Ascendancy. The second group were the Aesir, who believed that reliance upon the Machine Mother would only bring ruin to mankind. The Aesir sought to forge their own self reliant path, beholden to no machine they could not comprehend. They brought with them many tools and written documents of the cultures and achievements of Old Earth, so that they might be preserved.

The history of the Aesir becomes a bit murky during the days of the Celestial Ascendancy. They lived on the fringes of society and stayed mostly out of contact with the rest of humanity. Their ships, powered and maneuvered largely by solar sails, were considered impractical, slow, and overly complicated, when seen, they were little more than quaint oddities.

The fall of the Celestial Ascendancy was a call to arms for the Aesir. Having born witness to the very thing their ancestors had feared, the Aesir began a quest to reconquer and reunite humanity under the auspices of the Aesir Empire. During their time away from the rest of humanity, the Aesir culture had gone from one that simply revered the ways of Old Earth to one that considered their ancestors to be, in fact, Gods. They still held self-reliance in high regard, but had further developed their technology, harnessing the stranger energies of the world around them to create Gods Eye Gates. These allowed them to travel great distances through stable wormholes, and enabled them to swiftly, vastly increase their Empire. In under one hundred years, they were able to gain dominion over 30 former Ascendancy star systems.

In 160NA, the Apian Fleet (Roman Pantheon) left on a decade-long mission in search of signs of Entropic activity. In 166NA, all contact with that Fleet was lost. For ten years following this, the fate of this Fleet (referred to as the “Lost Fleet”) was entirely unknown. Then, a signal from the Elysian Fields, the Foundation Ship of the Apian Fleet, was received. Tracking determined the signal had come from The Bard System. The Asgard Fleet (Norse Pantheon) was dispatched on a forty-year journey to the system to discover the fate of their brethren.

Meanwhile, the Aesir Empire came under attack from the Rend, servants of the Entropic Entity known as The Wrath. The war with the Rend continues to this day, and has forced the Aesir to switch their focus away from the building of their empire to battling this relentless foe.

When the Asgard Fleet arrived in The Bard System, they discovered the Elysian Fields had been abandoned, and was now home to a remnant of humanity calling themselves Elysians. Eventually, they were able to determine what had become of the Lost Fleet. Deep in space, the Apian Fleet had discovered a breach in space/time that the forces of Entropy were using to invade our galaxy. Realizing they were outmatched, the Fleet attempted to escape, but was almost completely destroyed. Survivors were captured and converted by the forces of Entropy. One such force fell under the sway of the Wurm, and became Entropic demigods known as the God Eaters. The God Eaters would eventually attempt to conquer the Bard System, but were defeated by the Aesir and their allies.

Today the Aesir continue their task of uniting humanity, building gates to connect the stars, and fighting against the growing darkness.

You are the descendants of gods, and you act like it. Your people are tasked with the divine directives of uniting humanity and defending the universe against the forces of Entropy. You treat other humans like children in need of constant supervision; from your point of view they are wayward, their ancestors having chosen the wrong path. You distrust technology you cannot understand, and prefer the brutal honesty of blades and archaic weapons to the detached nature of scientifically enhanced firearms. You respect tradition, honor and careful planning. In general you do not have issues with associating or working with alien races, but you do have your own priorities to consider (those of the Aesir, and second to that, those of the human race).

The Aesir take their surnames from the ancestor gods, referring to themselves as Son, Daughter, or Child of ______ , such as “Vatha, Daughter of Loki”. Their full name is used in all but the most informal situations.

Aesir exist in a semi rigid caste system. While all Aesir must choose a caste, there is a significant level of cross-training both before and after a caste is chosen. All Aesir are prepared to assume the duties of their fallen brothers and sisters should the need arise. The Warrior Caste are highly trained fighters. They make up the front line of the Aesir Military. The Religious Caste is made up of the priests and prophets of the Aesir Ancestor Gods. The Wayfarer Caste are navigators; sailors and stellar cartographers.

All Aesir take only half the normal duration for Dazed, Weakened, Panicked, and Afraid.

Ancestors Voice – 3 Build – Periodic Defense/Attack – Defends against any Skill that would cause you to become Afraid or Panicked. The Mental Effect is reflected back at the Attacker. If there is no clear Target, this Skill simply Defends against the Attack.

Armored – 6 Build – Permanent Special – Your Armor Points can be restored during Combat by any Skill that can restore Body. However once you take this Skill all Attacks that do direct Body Damage (as a Damage Type), now do double Damage.

Phalanx – 9 Build – Permanent Special – You do +1 Damage and have a Soak of +1 against all Attacks so long as another Aesir is fighting next to you and within Touch Distance of you. Soaks cannot reduce Damage to less than 1.

Divine Interception – 5 Build – Per-Event Defense – Defends a Friendly Target from any Attack so long as you are within Melee Range of them. Tag Friendly Target with your Weapon to indicate that you have Defended the Attack.

Flesh Wound – 4 Build – Periodic Defense – Defends against any Melee or Ranged Non-Surprise Attack. You take 5 Body Damage instead of taking the effect of the Attack. The Damage you take from this Skill cannot be mitigated. You may choose to become Enraged.

Endless Training – 8 Build – Permanent Special – Grants you the Skill “Athletics” (see the Universal Skills list). In addition to the benefits provided by that Skill, Stamina spent on the standard +Damage or +Soak benefits, now provide a +2 benefit instead of a +1.

Sacrifice of the Gods – 6 Build – Permanent Treatment – Can only be used on a willing Target who is in their Death Count and during Combat (a willing target in this case represents the soul’s willingness to agree (read: you agree as an OOG mechanic)). Spend 1 minute roleplay over the target. Target dies. Target immediately returns with full life, full stamina, and 20 Armor and for the duration of Combat has a Soak of 2, does +2 Damage from all Melee Weapons they wield, is immune to Fear, Panic, and Calm, and may choose to regain all of their Periodic Skills as part of their Floating Refresh. Immediately following Combat Target dies again. These are
considered as 2 deaths and must be handled as such. Target gains 2 Vaults Modifiers for the remainder of the event.

Sign of the 4th Caste – 3 Build – Per-Event Special – After a 10 minute ceremony you may designate a willing and worthy non-Aesir Target as an Aesir for the remainder of the Event. Target gains the Aesir free Racial/Species Skill that grants them half time on Dazed, Weakened, Panicked, and Afraid. If the Target has “Renown” with the Aesir, this Skill can be made permanent on a Target via a Scheme costing 30 Influence.

Aegis – 4 Build – Periodic Rhetoric – Can only be used on Aesir. Targets gain a Defense against the next Attack that hits them. This applies only to the very next Attack.

Hammer of the Gods – 9 Build – Permanent Special – This Skill grants you the Skill “Erudition” (You may utilize Rank II Recipes, Blueprints, Designs, and Diagrams. You must have the applicable Skill granting you the ability to utilize Rank I Plans in order to for this Skill to have any effect). In addition to this, you are not limited to the number of Upgrades you can put in an Item per Event.

Beginner Craft: Any – 2 Build – Permanent Crafting Knowledge – Allows you to read, understand, learn and utilize Rank I Plans of the Chosen type. This specific Skill can only be purchased once. Purchase of additional crafting knowledges doubles every other purchase after the first. This is cumulative (2, 2, 4, 4, 8..)

Stellar Cartography – 6 Build – Permanent Special – Grants you the Skill “Research X” (see the Universal Skills list). When purchasing this Skill you gain the Keyword “Stellar Cartography” providing you a bonus to Research involving navigation and general information regarding star systems. You must also choose one of the noted specializations within “Research X” when purchasing this Skill.